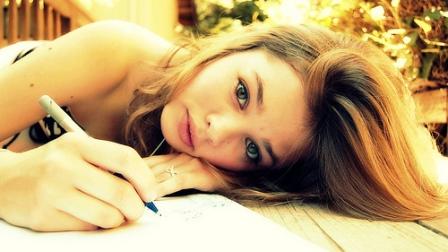 Hendilaha stood. Black turtle neck, black loafers with a black cardigan draped over her right hand, she was a picture of quiet strength. She was wearing minimal makeup on her fresh face and her  long, full black hair was pulled back into a loose knot at the nape of her neck. She could almost pass for a twenty year old.

A discerning eye needed only one look at her eyes to tell that this was a woman. A less discerning eye would pick it up in the way she walked to gates, as she dragged her only luggage behind her- a small black carry all bag. That was no twenty year old walk. A less discerning eye still, would have to have discerning ears and pick it up from her vocal quality as she said ‘Goodmorning’ to the flight attendant.
She found her seat (window of course) quickly and settled in. There was a time Hendi would pray she had a hot, smart male counterpart for a seatmate. Now she really couldn’t be bothered. In fact, the quieter the better so she wouldn’t appear rude when she refused to be engaged in conversation. A middle aged woman walked up and sat beside her. After settling in, the woman glanced over at Hendi, offered up a greeting and promptly started thumbing through the pages of the magazine she held in her hands. Good, Hendi thought, the gods had favoured her this time.

She leaned back, closed her eyes and tried to relax. Her mind went to Ib and how excited she’d been over the phone the previous night.

“Oh my God H, I don’t believe you’re coming! You’re actually coming! We’re going to have so much fun, I promise! You’ll love this place! The food is oh so amazing! And the guys…”

She had gone on and on while Hendi tried her best to inject her voice with sufficient enthusiasm as she interjected appropriately timed oohs and ahhs. She wanted to be excited, she really did. Even if only for Ib’s sake. But she couldn’t be. The forces driving her away from Nigeria were too great and powerful and sad. She only hoped that the new environment would settle the turmoil that she didn’t seem to be without these days. If not, she wasn’t sure if there was a point to being around anymore.

She leaned back into her seat to let the slight wave of nausea pass. Her air sickness, even though somewhat mild, dampened her travelling experiences. Besides that, she loved to travel although she hadn’t done as much of it as she’d have liked.

As the rest of the passengers boarded the plane, Hendi’s mind drifted to  the night before Ibiere had left for her masters degree. They were in Ib’s room trading final advice, hugs and goodbye tears. Ibiere was being her usual school-worm self and going on about how she was going to immerse herself in her curriculum the minute she arrived when Hendi cut her short.

“Ib you have to live! I mean, I’m not asking you to ditch your school work or anything but make sure that’s not the only thing you get out of the experience, you hear? Open your eyes; your mind. Revel in the culture. Taste the food, drink some wine. Meet the people, hear their stories. Take long walks, learn their technology. I’d kill to have an opportunity like this and I know I will someday soon. This world is too big to be stuck in this tiny corner of this tiny room of this tiny house on this tiny street in this tiny city I this tiny country in this tiny continent… ”

Okay okay I get you!” Ib had cut her off.

Hendi smiled and looked out the window into the clouds.

Good evening ladies and gentlemen, welcome on board flight…

She sighed heavily and willed the sleep to come. It was going to be a long flight.

2 thoughts on “no Fancy Words or Flowery Speak (3): Flight!”